History of I Gusti Ngurah Rai International Airport with IATA Code (DPS) is an international airport located in the south of Bali, Indonesia, precisely in the Tuban Village area, Kuta District, Badung Regency, Bali, about 13 km from Denpasar. Ngurah Rai International Airport is the second busiest airport in Indonesia, after Soekarno-Hatta International Airport. the history of I Gusti Ngurah Rai International Airport and the name of this airport is taken from the name of I Gusti Ngurah Rai, a national hero from Bali. Airport Council International has been awarded Ngurah Rai International Airport as the world’s third best airport (with 15-25 million passengers each year) in 2016 based on their services. Based on the history, Ngurah Rai airport was built in 1930 by the Department of Voor Verkeer en Waterstaats (a kind of Public Works Department). The runway is a 700 meter long airstrip of grass in the middle of fields and cemeteries in Tuban village. Because of its location in Tuban Village, the surrounding community named this airstrip as Tuban Airport. In 1935 it was equipped with telegraph equipment and KNILM (Koninklijke Nederlands Indische Luchtvaar Maatschappij) or Royal Netherlands Indies Airways landing regularly in South Bali (South Bali), which is another name for Tuban Airport. In 1942 the South Bali Airstrip was bombed by the Japanese Army, which was then taken over as a place to land their fighter planes and transport planes. Airstrip damaged by the bombing was repaired by the Japanese Army using the Pear Still Plate (steel plate system). The next five years (1942–1947), the airstrip underwent a change. The length of the runway has increased to 1.2 km from the original 700 meters. In 1949 a terminal building and a simple flight control tower were built made of wood. Flight communications use Morse code transceivers. To increase tourism in Bali, the Indonesian government has rebuilt the international terminal building and extended the runway to the west from 1.2 km to 2.7 km with an overrun of 2×100 meters. The project which took place in 1963–1969 was named the Tuban Airport Project and was also a preparation for the internationalization of the Tuban Airport. The beach reclamation process as far as 1.5 km is carried out by taking limestone material from Ungasan and river stones and sand from the Antosari – Tabanan River. Following the completion of the temporary terminal and runway at the Tuban Airport Project, the government inaugurated international flight services at Tuban Airport, on August 10, 1966. The completion of the Tuban Airport Development was marked by the inauguration by President Soeharto on August 1, 1969, which was also the moment when the name changed from Tuban Airport to Ngurah Rai International Airport (Bali International Airport Ngurah Rai). To anticipate the surge in passengers and cargo, in 1975–1978 the Indonesian government rebuilt aviation facilities, among others by building a new international terminal. The old terminal building was subsequently converted into a domestic terminal, while the old domestic terminal was used as a cargo building, catering service business, and multi-purpose building. 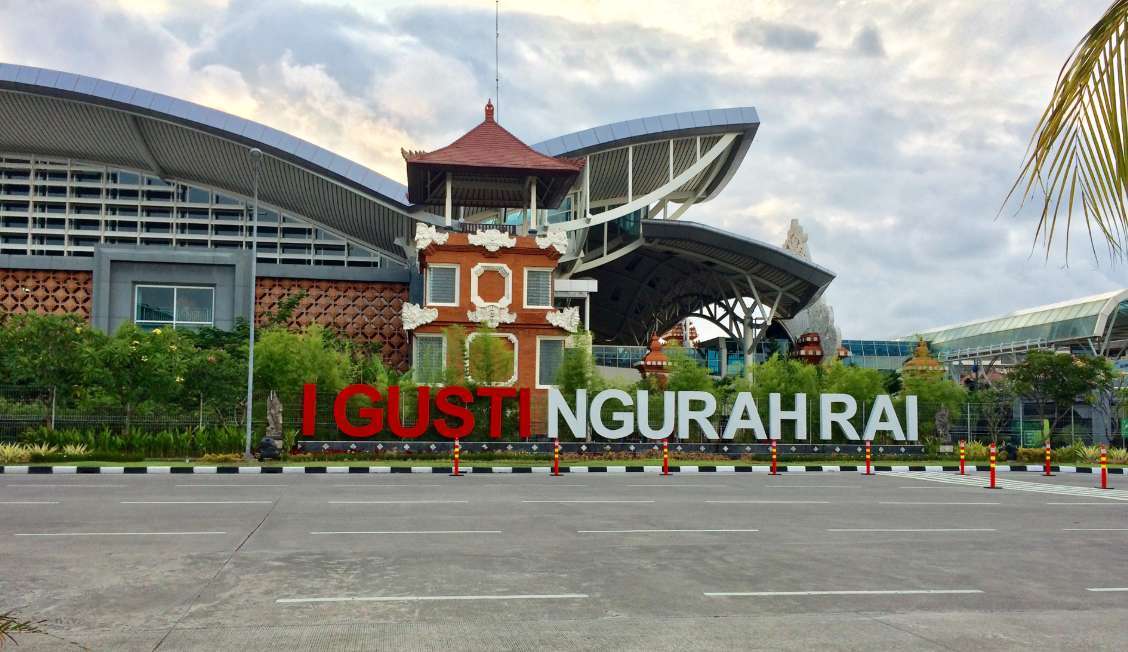 Development since the 2000s

There have been several plans made seeking a solution to the expansion problems at Ngurah Rai International airport. There have been proposals to develop a north–south runway, but existing land use in the areas adjacent to the airport makes this idea unfeasible due to the considerable land purchase costs. A completely new airport was proposed to ease the airport’ congestion due to the area surrounding the existing airport not supporting significant long-term expansion. A masterplan was announced for works at this airport for 2009–2011, which includes a new international terminal with 120,000 square meters in area to be built and the existing international terminal with area of ​​56,000 square meters will be renovated for use as a new domestic terminal . The new international terminal opened in November 2013, while the domestic terminal was opened on 17 September 2014 with an area of ​​65,800 square meters, eight departure and seven arrival gates, five passenger boarding bridges, five conveyor belts, as well as more number of counters — 62 for check-in, 4 for transit and 19 for ticketing. And can accommodate 25 million passengers a year until 2025. This provided land for building a new horseshoe shaped building for 17 passenger aircraft parking at the east area on the former domestic terminal. The plan also incorporated a runway extension to 3,600 m. Currently airplanes up to the size of Boeing 747-400, Boeing 747-8, Boeing 777-300ER, Boeing 787-10, and Airbus A350-1000 can use the airport. Although Ngurah Rai International Airport already has a parking slot for the Airbus A380, some taxiway turns are still being widened to accommodate the superjumbo jet. In 2005 the Transportation Security Administration of the United States of America determined that the airport was not meeting the security standards of the International Civil Aviation Administration] however, this warning was lifted in 2007. Currently around 800 of the total employees at Ngurah Rai are security personnel. 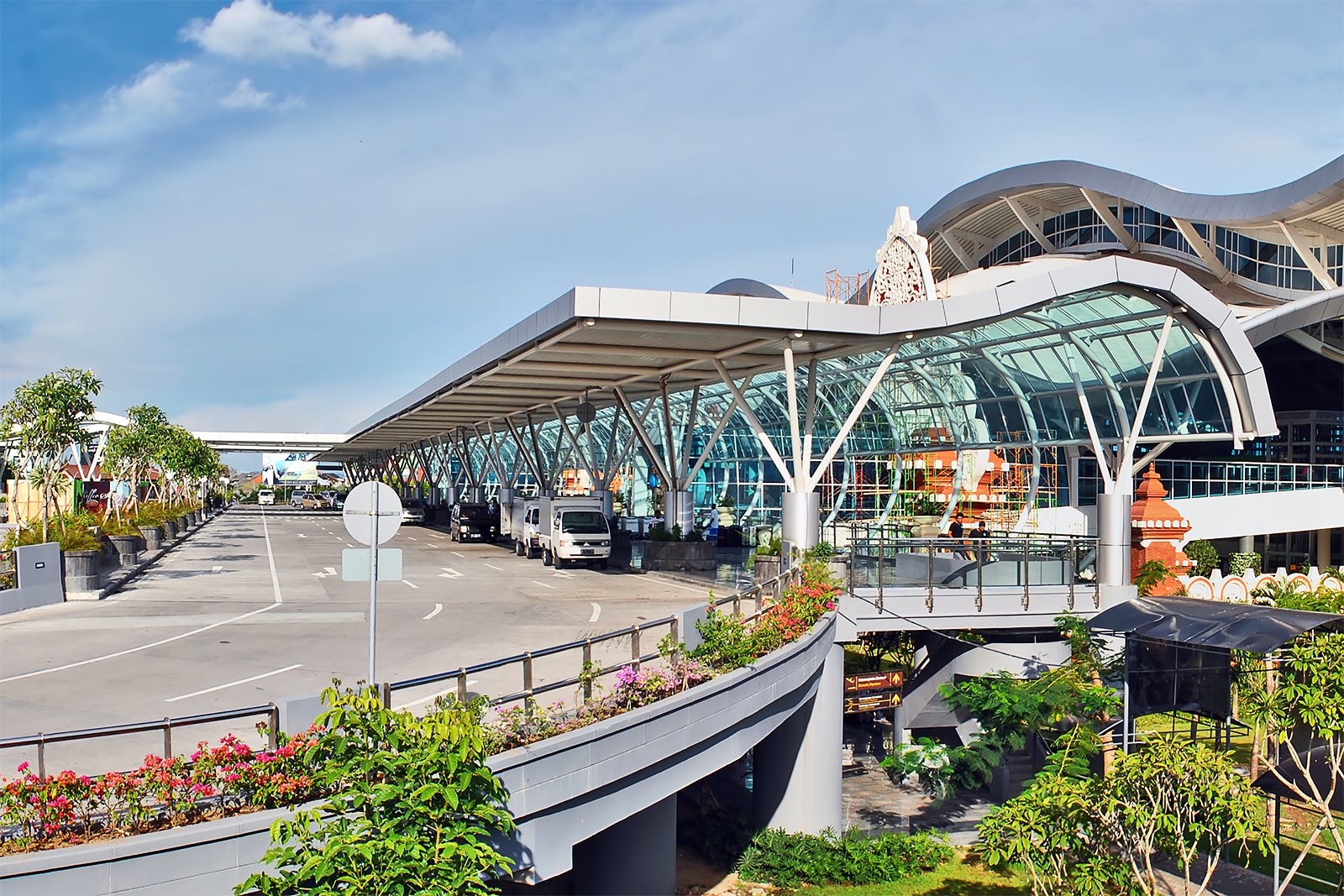 The master plan was originally proposed prior to the tourism downturn in Bali following the two bombing incidents. The airport and Bali’s economy, which are almost exclusively dependent on tourism suffered considerable from the decline in tourists. Since these proposals were originally made the tourism sector has experienced a gradual recovery and a new international airport has been built on the nearby island of Lombok to the east of Bali. The new Lombok International Airport was first announced in 2005. A stage one completed runway of 2,750 m opened on 1 October 2011 and a proposed stage 2 development of 4,000 m is planned for the new facility. It is anticipated that some of the requirement for expansion of Bali’s Ngurah Rai International Airport will be mitigated with the opening of the new facility in Lombok. Lombok is approximately 25 mins away by air from Ngurah Rai International Airport.

Airport Facilities Development and Flight Safety (FBUKP) Phase III for Ngurah Rai International Airport includes the terminal building, a multi story car parking building, and apron. The plan involves developing the site of the current domestic terminal which will be used as a new 120,000 m² international terminal with the existing international terminal being converted into the new domestic terminal. It is projected that subsequent to these plans being completed Ngurah Rai International Airport will be able to accommodate up to 25 million passengers per annum.

The planned airport buildings were described as a blend contemporary and Balinese traditional architectural elements as required by provincial bylaw No 5/2005 on building designs. In October 2010 it was reported that the new terminal will be able to handle 20 million passengers a year by 2020 and up to 30 million passengers per year by 2030. In November 2010 the government allocated Rp 1.9 trillion to realize the terminal improvement plan. Plans are for the work to be completed prior to the expected demands of the 2013 APEC Summit. Rp 3.5 trillion funding was announced for the combined airport and the previously planned connecting toll road projects, with Rp 1.9 trillion allocated to the airport. May 2013 was set as the deadline for both projects.

Angkasa Pura I planned to demolish 143 houses in the complex currently occupied by its employees by February 2011Bali Tourism Development Corporation (BTDC) said the toll road project was going to require the reclamation of around 100 m2 of existing mangrove forest. The first construction stage will initial on 1 September 2011 which enable the airport to accommodate up to 25 million passengers a year or twice its current capacity. The project will also add Visa on Arrival counters from the existing 7 to 35 and Immigration counters from the present 12 to 20. The airport will also use a state-of-the-art security and baggage handling system as the first airport in Indonesia use it.